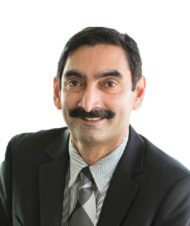 Dr Raj Thampuran brings with him a wealth of experience in innovation and technology policies and practices, developmental project management, government relations and the execution of large scale infrastructure projects. He is the Managing Director, Technology & Research.

Prior this, Raj was the Managing Director of the Agency for Science, Technology & Research (A*STAR), the lead agency of the Singapore Government investing multi-billion dollars for public sector Research and Development in areas of economic and national needs. He assumed that role in 2012 and held various leadership positions in A*STAR before that. He started his career with A*STAR as the Director of Strategy Policy and Planning and later, as Executive Director of Institute of High Performance Computing and the Science and Engineering Research Council. Raj also chaired the technology transfer and licensing arm of A*STAR, which generated over 100 start-ups and manages a large library of IP and patent portfolio.

Raj is an engineer by training and holds a PhD in Materials Science. He did his postdoctoral work in modelling and simulation and attended the Advanced Management Programme in INSEAD (Fontainebleau). He was a recipient of the National Academic Excellence Award in 1998, the Public Administration Medal (Bronze) in 2007 and the Public Administration Medal (Silver) in 2016. He is also a Fellow of the Institute of Engineers and the Singapore Academy of Engineers.

Raj. Thampuran Managing Director Technology and Research Group R&D A “pretty large bang” was heard by the crew of Apollo 13 two days after their launch from the Kennedy Space Centre on 11th April 1970. This was followed by the immortal words “Okay, Houston, we've had a problem here”. The