Sign Up for the Latest News
back to authors 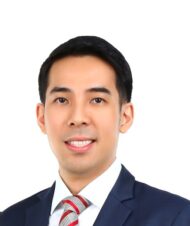 Gareth Wong is the Chief Executive Officer of Mitbana Pte. Ltd, – a joint-venture fund management company of Mitsubishi Corporation and Surbana Jurong, and is responsible for the overall growth and development of the company.

Prior to this appointment, Gareth was Deputy Managing Director at Surbana Jurong (SJ) Capital, the investment arm of SJ Group. He was also previously Group Director in the Office of the SJ Group Chairman, and concurrently Principal Private Secretary to the Chairman, Changi Airport Group Singapore. Between 2013 – 2016, Gareth was stationed full-time in Yangon to establish, and subsequently spearhead the growth of SJ’s Myanmar Office.

Gareth is a member of the Forum of Young Global Leaders with the World Economic Forum, as well as the World Cities Summit Young Leaders programme organised by the Centre for Liveable Cities, Singapore.

Gareth is a recipient of the Singapore Armed Forces Overseas Scholarship and holds a BSc. in Economics (First Class Hons, Dean’s List) from University College London, as well as a MSc. in Political Science from Columbia University in the city of New York.

Transit-Oriented Developments: A Key Asset Class That Can Help Build a Smart and Sustainable Future in Indonesia

Transit-Oriented Developments (TODs) are compact, pedestrian-oriented mixed-use developments centred around public transport systems. In a rapidly urbanising environment, TODs play an imperative role to alleviate the pressures of a growing population and to facilitate accessible public transport options needed for a long-term sustainable future. Recognising these benefits, the Indonesian government