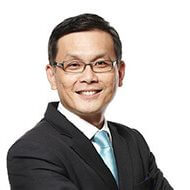 Before joining the private sector, Eng Cheong was a senior government official with the Singapore Administrative Service. From 2011 to 2015, Eng Cheong was CEO of International Enterprise Singapore (“IE Singapore”), the lead government agency responsible for spearheading the overseas growth of Singapore-based companies through trade and investments. Under his leadership, IE Singapore established itself as the go-to agency for Singapore companies interested in various markets such as China, India and Myanmar. Offshore trading also hit new records.

Prior to this, Eng Cheong held several leadership positions in the Singapore Government, including the CEO of the Competition Commission of Singapore (2008-2010) and Director-General of Singapore Customs (2004-2007). In his earlier years, Eng Cheong was involved in investment promotion in the Economic Development Board, financial sector development in the Monetary Authority of Singapore, and government policy formulation in the then Ministry of Community Development, Youth and Sports. He also spent two years in Suzhou working on the China-Singapore Suzhou Industrial Park development. For his service with the government, he was awarded the Singapore National Day Medal for Public Administration (silver) in 2006.

Eng Cheong enjoys travelling, golf and reading. He is married with three children.

Urbanisation has proven to be the engine of innovation that helped lift millions of people out of poverty. The more successful global cities of the world include New York, London, Tokyo, Hong Kong, Paris and Singapore. How did these cities become and remain successful? The Virtuous Cycle of Urban Development

Launched five years ago, the Belt and Road Initiative (BRI) has mobilised much Chinese funds and State-Owned Enterprises (SOEs) to invest, construct and operate projects in South-East Asia (SEA), South Asia, Central Asia and even further away in Africa. Given that infrastructure in many of these countries in these regions

There are thousands of Special Economic Zones (SEZs), industrial parks, export processing zones and other similar areas globally. Some are successful in generating significant economic activities. But many are not. Why? I believe that ultimately there are 5 key success factors for SEZs and other industrial parks:- Clear Objectives; Bold

see more
Persistent Under-development of Infrastructure - How Can We Solve It?

Many infrastructure developments around the world fall into a state of unfulfilled excess demand and derelict, due to improper planning. Teo Eng Cheong, CEO (International), discusses the importance of developing an Infrastructure Roadmap, and what various stakeholders need to look out for when planning for such huge project investments. Introduction

As the global population rises and increasingly lives in urban environments and megacities, planners and designers are being challenged to create and maintain a high quality of life for citizens. But liveable, sustainable cities can be a part of the future, if we focus efforts on the fundamental objectives.