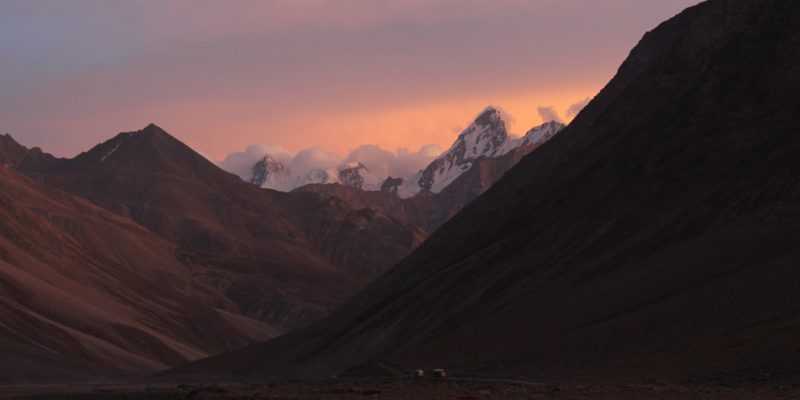 The longest tunnel in the world at above 10,000 feet was declared open in India by the Indian Prime Minister Narendra Modi on 3 Oct. This is the story of how SMEC has provided design, engineering and advisory services starting from 2006

This article was first published here on SMEC’s Infocus blog.

The need for a road through the Rohtang Pass, which is located at an altitude of over 13,000 ft in the Pir Panjal Range of the Himalayas, was discussed as early as 1860 by the Moravian Mission. Nearly 160 years later, the Atal Tunnel (formerly called the Rohtang Tunnel) has become a reality.

Guests at the inauguration of the Atal Tunnel in India.

After nearly a decade under construction, and despite challenges including heavy snowfall, avalanches and severe geographic conditions, the 9 km tunnel is now the world’s longest highway tunnel above an altitude of 10,000 ft. 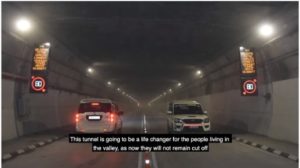 A view of the interior of the Atal Tunnel

SMEC was engaged by India’s Border Roads Organisation and the Ministry of Defence in 2006 to provide design, engineering and advisory services on the project. We also took on a subsequent role as the Independent Engineer, carrying out supervision, project management and contract management for all electrical and mechanical installations. A team of more than 25 specialists from different countries came together to contribute our global expertise to helping our client make this huge undertaking a reality.

The remoteness, accessibility and extreme altitude of the project presented enormous challenges to geological works, tunnelling and mechanical and electrical installations.

The topographical layout of the mountain range through which the tunnel was planned, including some 5200 m high peaks, precluded almost any practical possibility of a shaft or adit to investigate the ground conditions along the alignment. Thus the entire investigation was undertaken by desktop studies and supplemented by aerial (helicopter) reconnaissance.

The fire and life safety requirements were equally challenging, given that the two tunnel portals were located in different climatic conditions. The southern portal was in a lush, forested location and the northern portal in an arid climate. This resulted in extreme atmospheric pressure differentials between the two portals and thus high wind velocities in the tunnel. To allow effective fire suppression, the North Portal was fitted with a hydraulically operated door, which allowed for control of air velocity within the tunnel during a fire event.

Because of the anticipated variability of the ground along the proposed 9km long tunnel, the support system included provision for high convergence of the excavated tunnel during the support installation of up to 600mm.

The location of the proposed tunnel meant that the excavation could be attempted only from the two portals, with the North Portal not accessible for more than half the year due to snow, avalanches and blizzards. Access over the 4000m high Rohtang Pass was limited to the brief summer period.

We investigated two viable construction methods, including by tunnel boring machine and by drill & blast. In the end, the constructor decided on drill and blast to take advantage of the flexibility to adopt different kinds of support systems, as excavation progressed.

Aligned to current international best practice, the development of the design included an independent escape passage with a separate ventilation system. This escape passage was located below the tunnel pavement and included airlocks at each access point.

This meant the design of the tunnel cross section was quite unique as we had to effectively separate the tunnel into three compartments, using – concrete roof slabs and insitu pavement slabs. The crown of the tunnel formed a large tunnel ventilation duct used for providing adequate air supply during operations and smoke extraction capability during a fire event. The road section included regular access points to the emergency egress, the space below the pavement slab was used for the emergency evacuation of road users during a fire event as well as trafficable access for fire fighting service personnel and equipment.

Finally, due to its being located in an active avalanche catchment area, the south portal needed to be secured by an avalanche protection gallery. This allowed us to develop the entire southern ventilation, tunnel control and maintenance facility within this avalanche gallery, designed using international (Swiss Avalanche Design Institute) guidelines.

With SMEC’s multi-disciplinary team of specialists, we completed the tender design and construction began around late 2009 to 2010.

The Himalayas are a thrilling but daunting environment when it comes to geological setup and challenges to large civil works.  On this project, we were dealing with complex rock types of schist, gneiss, phyllite and quartzite as major rock types with interbedded layers and faults.

One of the most challenging sections was the Seri Nallah Fault zone, located about 1.5 km into the mountain from the south tunnel portal. While predictions were made about the fault zone before construction, the soft material and conditions were more adverse than predicted. Tunneling through this crushed material with a huge material outflow was extremely challenging and took almost five years of tenacity and technical skill to complete.

The primary rock support was designed under seven different support classes, including a combination of rock bolts, lattice girders and shotcrete, with the provision of forepoles and piperoof for more challenging ground. For the fault zone, however, we had to introduce additional support measures and change the construction sequence.

This section was excavated with a circular or oval shape rather than the standard horseshoe shape. There was heavy water ingress of more than 100 liters per second owing to the glacial lake. The tunnel in this reach was excavated after installing a piperoof and excavating the face in small intervals while supporting it with shotcrete, face bolts and a central core. With high deformations, it was also necessary to close the shotcrete ring as soon as possible, so a temporary invert was installed after the excavation of the heading which was followed by bench excavation and finally excavation of the deep invert.

The mechanical and electrical (MEP) engineering systems in a tunnel are essential for fire and life safety of the project.

One of the most complex pieces of work was designing a tunnel ventilation system in accordance with international best practice.

We had to consider the tunnel’s height above sea level and the different barometric pressures from the portals on each side of the mountain range at different times of year and how this would affect the normal and emergency mode of operation of the ventilation system.

To manage these challenges, a tunnel door was proposed in the design at the north portal to better manage the airflow in the tunnel.

SMEC provided the design documentation for the following mechanical and electrical systems for the project:

Through a persistent, collaborative effort between SMEC, our client and the contractors, the team overcame significant challenges in bringing this once-in-a-lifetime project to completion. The Atal Tunnel facilitates two-way traffic and is designed to cater to up to 3,000 vehicles per day in any weather conditions at a maximum vehicular speed of 80 km per hour.

Previously, access over the Rohtang Pass was limited to only six to eight months out of each year, due to heavy snowfall, avalanches and landslides. What this tunnel offers – safe, year round road travel through the Rohtang Pass – is a first for India. It enables the previously isolated communities of the Lahaul and Spiti Valleys to travel and sell agricultural produce in towns, as well as boost tourism by providing all-year access to Leh and Lahau.

A contemporary design for collaboration

Building a $2 billion skyscraper from home

Building a $2 billion skyscraper from home