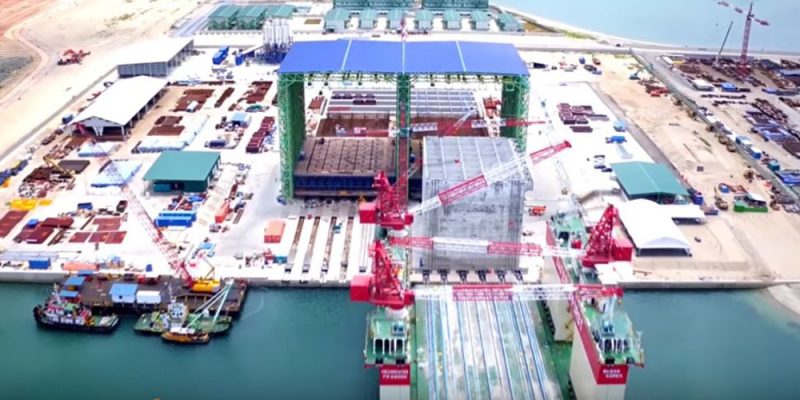 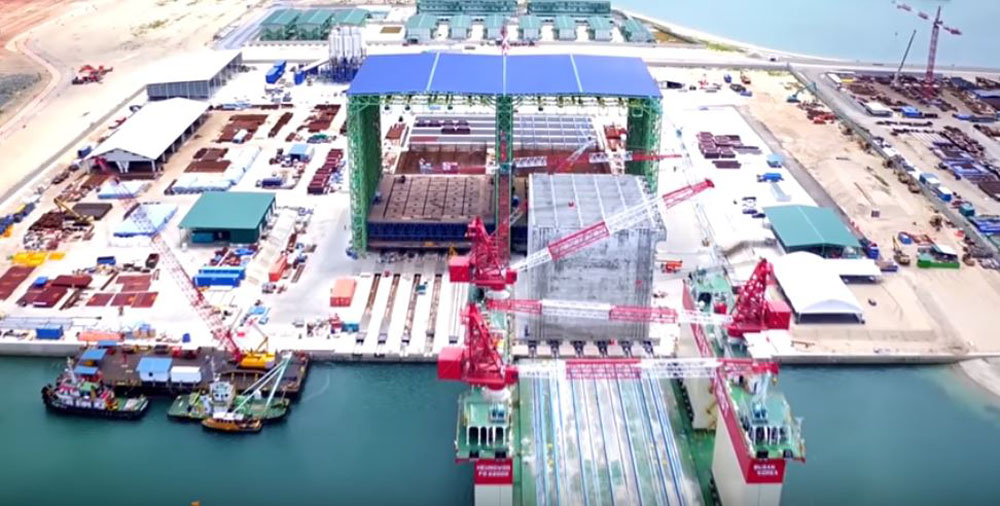 Watch this video of the engineering feat behind the 221 caissons that make up Tuas Terminal’s wharf line.
Video credit: Maritime and Port Authority of Singapore

Far from the hubbub of city life, in the southwestern corner of Singapore, a major feat of engineering has been shaping up for the past four years.

Tuas Terminal, Singapore’s port of the future, is being built in four phases, and Phase 1 is on track for a 2021 completion. A significant milestone was reached on 23 April 2019 when the 221st and final caisson (pronounced “kay-son”) was installed to create an 8.6km seawall structure, forming the wharf line.

Surbana Jurong has been involved as consultant to the reclamation works of this mega port project, starting with the proposal of the use of caissons for the development of the wharf line. It oversees the planning and engineering design as well as the supervision of the construction, which includes project management, contract administration and site supervision for the reclamation works.

Innovative solution for a seawall at lower cost
The caissons used for Tuas Terminal’s construction are one of the largest in the world. Each caisson weighs 15,000 tonnes and measures 40m in length, 28m in width and 28m in height – that’s as tall as a 10-storey building.
The project itself is an engineering feat with a number of innovative features. Surbana Jurong’s coastal engineering team proposed the use of the caisson design to improve productivity and quality by optimising it with standard sizes and considering pre-fabricating in a controlled environment on site. A self-sustainable design approach was also adopted where the dredged material is reused as reclamation fill and caisson infill, resulting in significant cost savings.

Building the leading maritime capital of the world

Surbana Jurong has been working tirelessly on site since the start, managing the project with some 2,000 engineers and technical personnel from the client, contractor and Surbana Jurong, at its peak, to ensure quality and on-time design and delivery. This mega project has put Surbana Jurong in good stead for more opportunities in the maritime and port sectors.

With the final caisson installed, reclamation works for Phase 1 are three-quarters done, and the Tuas Terminal will have two berths for ships by 2021. The two berths will operate alongside existing container terminals at Pasir Panjang, Keppel and Brani which will be progressively shut down when their leases expire and Singapore’s port operations are consolidated at Tuas Terminal from 2027.

The Tuas Terminal will be developed in four phases over a span of some 30 years, and when fully operational in 2040, it will be capable of handling up to 65 million twenty-foot equivalent units per annum, which is nearly double of today’s capacity.

“The capacity of up to 65 million TEUs per annum enables us to meet future demands and to maintain Singapore’s competitive edge, strengthening our Global Hub Port status. When (the) Tuas container terminal is fully developed in 2040s, it will become the world’s largest container terminal located in a single location,” said Mr Tham Wai Wah, MPA’s chief engineer and director of engineering & project management, in a media report.

Singapore topped the list of Leading Maritime Capitals of the World in 2019, in a report released once every two years by risk management firm DNV GL and consultancy firm Menon Economics. The report assessed 15 maritime capitals based on five areas – shipping, maritime finance and law, maritime technology, ports and logistics, as well as attractiveness and competitiveness. Surbana Jurong is proud to contribute to upholding Singapore’s status as a leading global maritime capital. 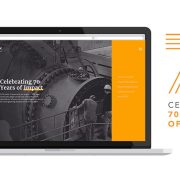 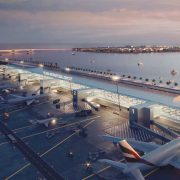 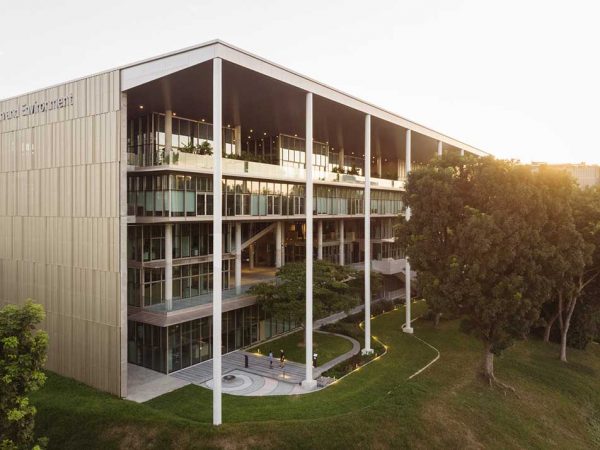 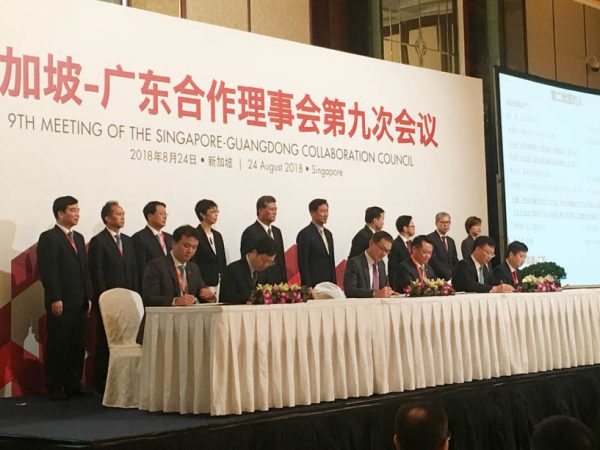 Surbana Jurong and Ping An Trust’s first project following the MOU signing is ... 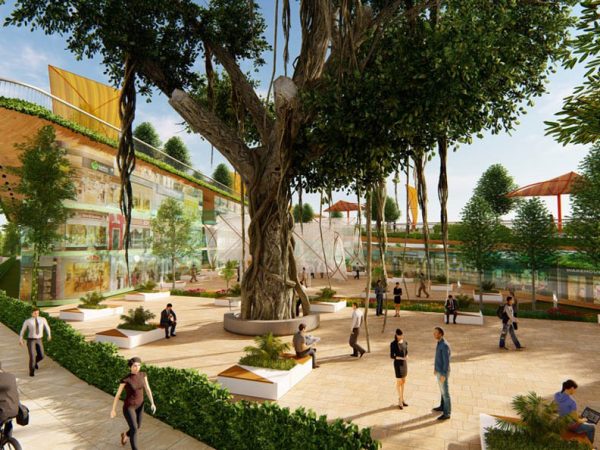 An artist’s rendering of the city for which Surbana Jurong will offer innovations ... 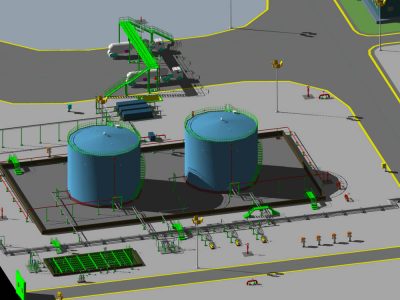 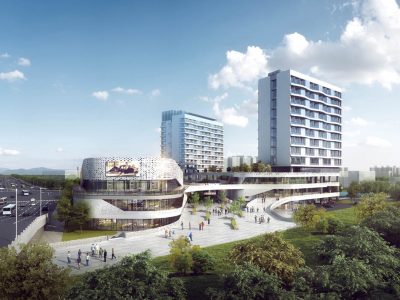 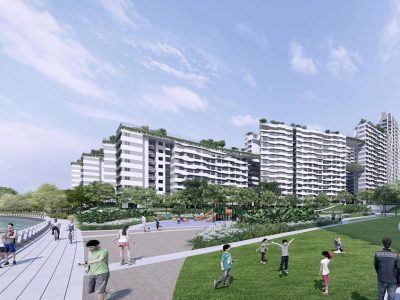 Public housing by the sea is looking good 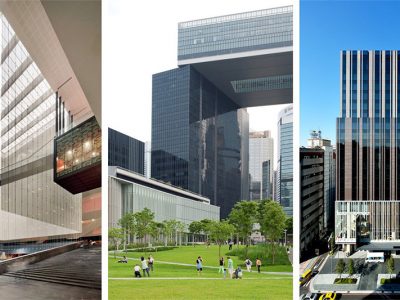