Surbana Jurong Group is a global company. Joining Surbana Jurong and its member companies opens doors for many of us to become global employees. It takes adaptability, curiosity and openness for starters. Four of our colleagues in Rwanda, Malaysia, Myanmar and Australia tell us more.

Engage with the people first 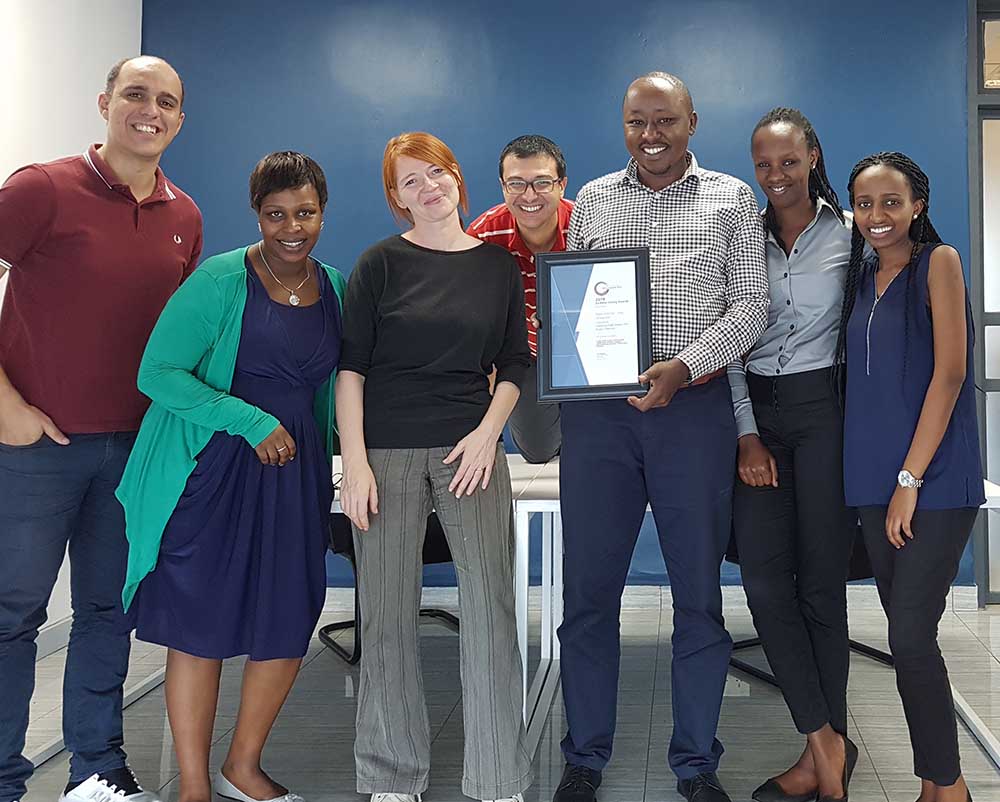 Enrico Morriello (on the table in the centre) with his team in Rwanda in February before the team started working from home.

As an urban development expert, Enrico Morriello likes to be stationed in the country of his project. Hailing from Italy, Enrico joined Surbana Jurong in 2012 and is the team lead for the Kigali Master Plan review. He has known Kigali, the capital city of Rwanda, since 2012. “This familiarity with local context has allowed me to tailor the project’s methodology to identify and better address current and future challenges in our planning,” said Enrico, who coordinated for the Six Secondary Cities project and is excited at the potential our projects have unlocked in Rwanda.

Enrico has travelled widely across Europe, South America and Africa. Now leading the technical teams in charge of updating the Kigali Master Plan and the drafting of the new Rwanda Secondary Cities Master Plans, he had spent eight years in Regional and Master Planning assignments in Rwanda, Tanzania, Benin, Burundi, Guinea and Congo, among others.

He sees much potential in Rwanda, and hopes to have a leading role in establishing Kigali as base for operations in the Sub-Saharan region. “This means creating a pool of local/international professionals focused on managing and delivering projects from Africa to Africa,” he said.

Projects aside, Enrico feels it’s vital to put people first and engage local citizens for a better outcome for his projects. He is heartened by the enthusiastic support the Rwandans have for rebuilding their country for a new generation.

Thinking on one’s feet is a key skill when taking on global assignments. “Leaving the comfort of your office and dealing with concrete issues on the ground such as dealing with clients on daily basis, seeing the impact of planning decisions on peoples’ life and feeling the responsibility of our work, facing daily challenges to do/say the right thing to a variety of different actors, really changes the way you approach this work,” he said. “Every planner should spend time on ground to really grasp the essence of our work. Theory is important but direct experience is critical to doing our job better.” Connect with Enrico at [email protected]

Speaking with one voice as one team 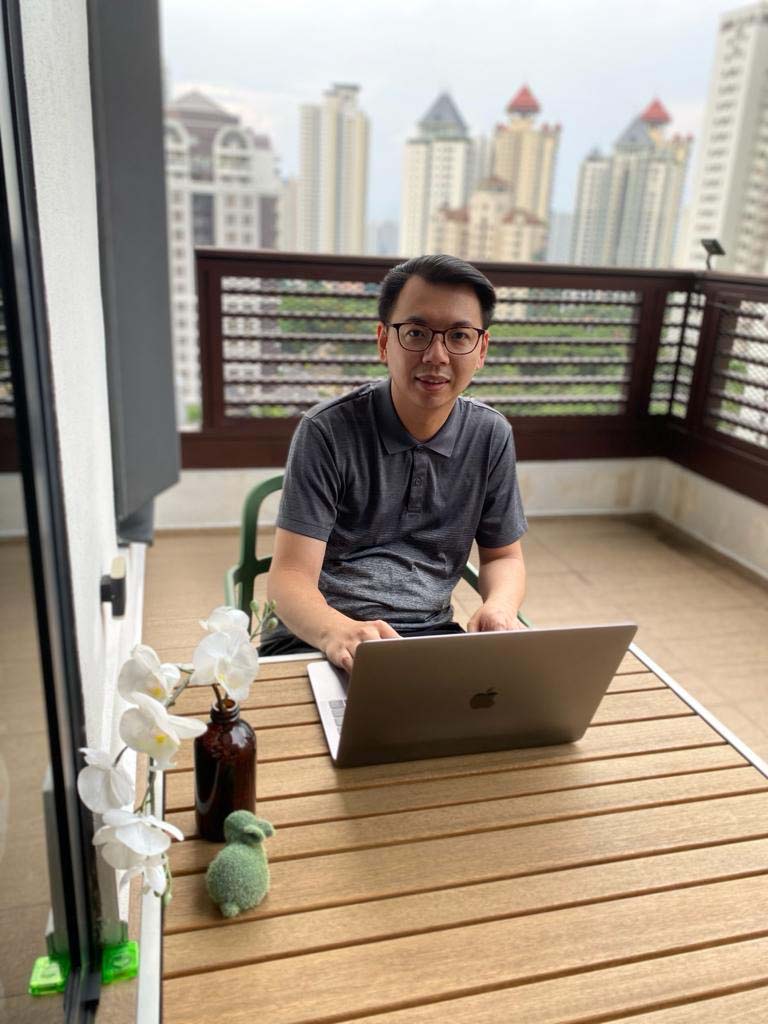 During the ongoing Movement Restriction Order in Malaysia, Eng Kiat is working from home in his flat at Kuala Lumpur.

Even before he joined Surbana Jurong, Eng Kiat Tan had already tutored at university, researched on the ecological footprint of Singapore schools, and led a team of master planners and designers in China. With a master’s degree in Architecture with a specialisation in Urban Design, he joined Surbana Jurong as a Vice-President in Urban Planning 11 years ago.

He worked on short stints in Qatar, Shanghai, Tianjin, Abu Dhabi, Nigeria, Rwanda, Hong Kong as part of a collaboration with Atkins; and in Boston with Moshe Safdie on a joint project. All these experiences helped him to adapt to the ground easily as he was posted in Jan 2019 to Kuala Lumpur to work as Managing Director (Urban) and Urban Lead for Southeast Asia, to grow the urban side of the business, as the business in the region is traditionally infrastructure-based.

Eng Kiat’s new posting would be a long-term dual role. He is the Functional GM for Urban over SEA, overseeing Urban, Architecture, Mechanical & Engineering and Civil & Structural teams. He also oversees the urban side of the business as GM for the Surbana Jurong and KTP teams in Malaysia, and he also works with the Robert Bird Group there too.

The challenge, he said, is how to speak as one entity with one identity and with one voice. “The KL team of Surbana Jurong is quite a diverse group so it is vital to be able to identify ourselves together as one team representing Surbana Jurong as a whole. Small as we are here, it is important to be close-knit, to look out for each other. The fact is that the group has grown so fast that some employees outside of HQ don’t feel the change as much, so there is a little disconnect.”

Currently, Eng Kiat said, the three most active urban markets in Southeast Asia are Malaysia, Vietnam and Myanmar. “The advantage Surbana Jurong has is that we are a one-stop multi-disciplinary consultancy – a rare breed in the Malaysian market,” he said. “The Indonesia market is also scaling up rapidly.”

What he finds rewarding is how he sees our work changing the world, such as redeveloping an airport in Yangon and its surroundings. “Our clients reach out to us because we are part of the mechanism that has been making things work for generations. And if I can change their outlook – even to see a flicker of understanding – I know I have helped in making a difference, hopefully, for the better.”

For those who want to work overseas, he said: “Go for it – do it while you are young, and it will change your outlook.” Reach out to him at [email protected]

Always learning how to communicate 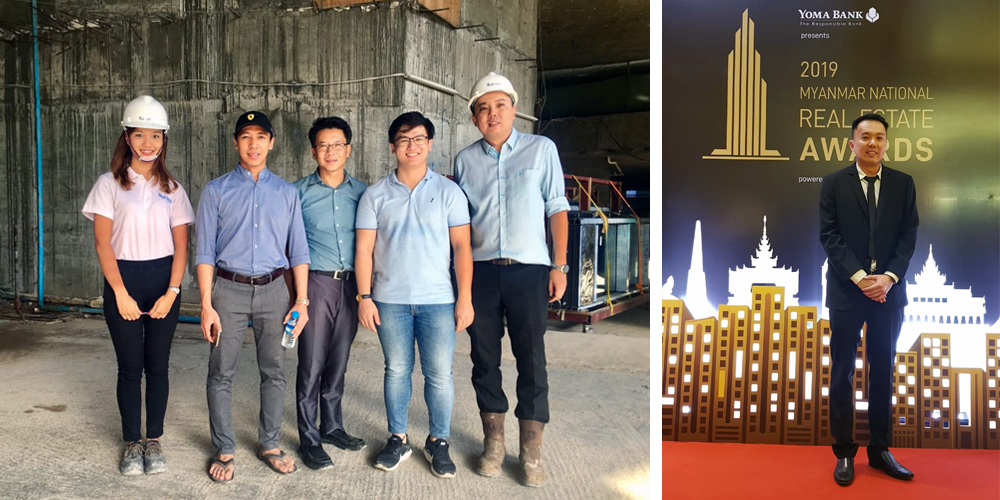 Su Fuan (extreme right above) with his team mates at the site of Residence 68 last year. Su Fuan at the 2019 Myanmar National Real Estate Awards when Residence 68 won three awards and his team onsite earlier this year. 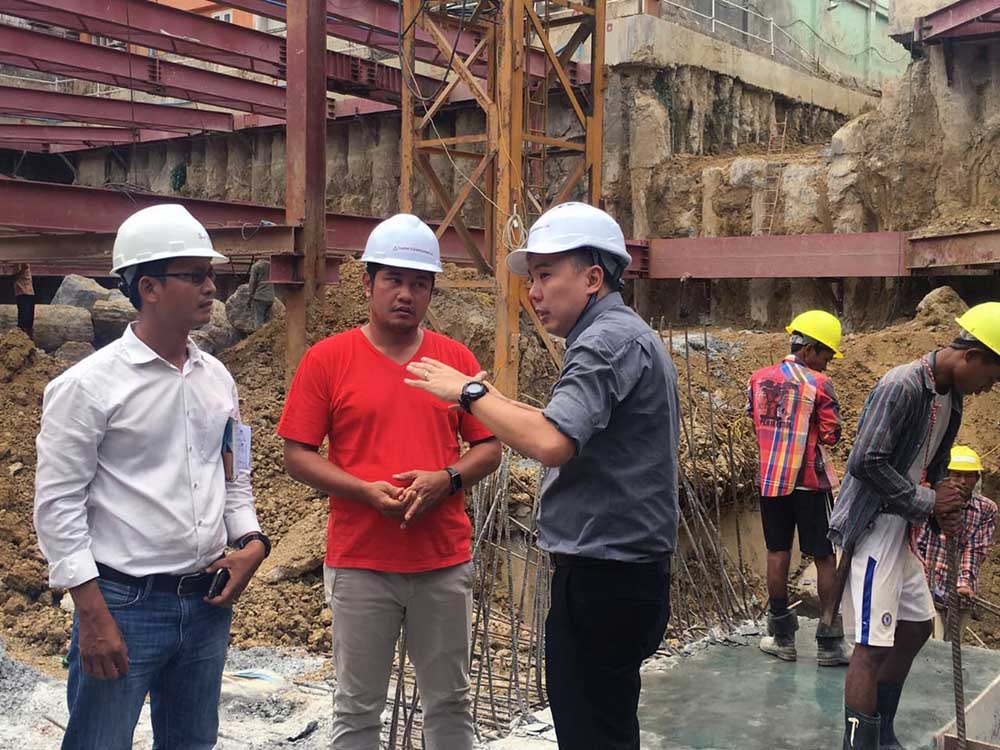 For Liew Su Fuan, working as a civil engineer means he is always ready to relocate to different city or country. A native of Malaysia, the Executive Project Manager has been posted to Surbana Jurong’s Myanmar team for three years. He has worked as an engineer for 15 years.

Su Fuan is now working as a Project Management Consultant (PMC) and Contract Administrator for a mixed-development project called 68 Residence. It is a private luxury condominium consisting of a 26.5-storey Ascott serviced apartment and residential (400 units) units with a five-basement carpark and communal ancillary facilities. It is one of the deepest excavations for a building in the Yangon city centre.

Of his three years in Myanmar so far, Su Fuan said: “The construction market in Myanmar is different from Singapore’s. For example, most of the conventional contractors still use timber formwork system, which means works progress more slowly. We introduced aluminium formwork technology to the contractor, which resulted in speedier completion of construction from one month to seven days.”

Language barrier is a challenge, he said. While English is used during meetings, he tries to communicate in simple English to explain more technical issues. Sometimes, he uses pictures or diagrams as well. Different people may have different mindsets. Being posted outside of Malaysia has helped me to become more open-minded, think positively and find ways to solve local problems and work alongside with people and all stakeholders.

Most importantly, he said it’s important to relate well to the locals. “We have to be humble and willing to work alongside co-workers in Myanmar if we want to find ways to solve problems and bring transformation to lives of ordinary people here”.

He continues to work as usual, but from home, these days. He advises his team to practise precautions such as regularly and thoroughly of the hands, social distancing and avoiding crowded areas. Flights are suspended as the country celebrates the Myanmar New Year which runs from 10 to 19 April. Say hello to him at [email protected]

Invest in opportunities for the future 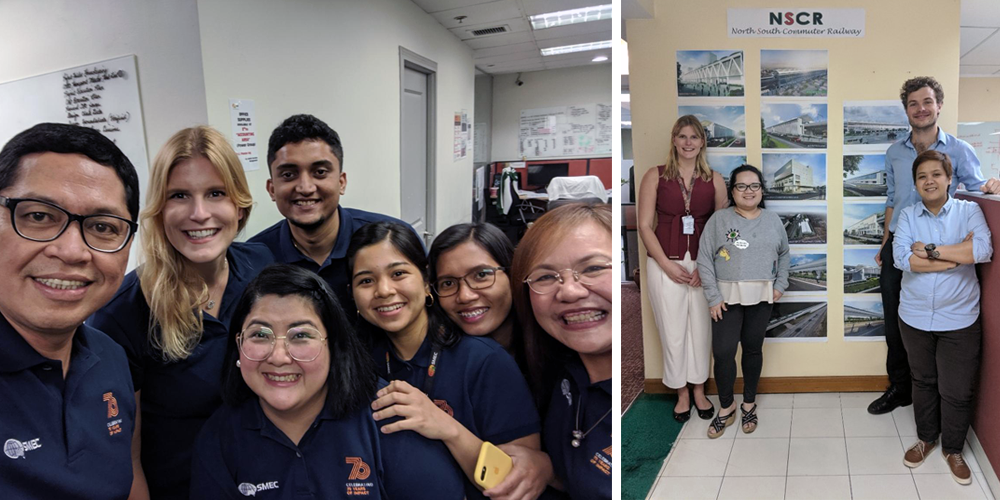 (From top) Jocelyn and team mates in Philippines (above) and with SMEC employees and families on a hiking trip to the Masungi Georeserve located in Rizal. All these photos were taken last year before the pandemic.

When it comes to work stints outside her home base of Sydney, Jocelyn Ellero has been on a roll. She has been posted to a variety of short-term postings.

It was fantastic as Jocelyn sees her mission as a water resources engineer, working to safeguard flood-affected communities, improve the water quality of our local waterways and to inspire other young professionals to join the water industry.

In Manila, Jocelyn got to design over 50km of stormwater drainage as well as complete the drainage design for 11 train stations. She added: “I had also been working on an internal project called the Buddy Finder over the past year. While I was in Manila I met the team I had been virtually working with at Surbana Jurong’s Global Shared Services office. It was awesome to finally meet the team I had been working so closely with.”

She learnt to handle one of the biggest work challenges she faced – adapting to different communication styles. “Generally, Australians can be quite direct in speech, unlike in the Philippines, where the communication style is less direct and uses a lot more niceties. This meant that I had to be careful to not be offensive by being too blunt, adopt the use of ‘Sir’ and ‘Mam’ when referring to colleagues and to be conscious that a lot of our colleagues have English as a second language.”

After Manila, Jocelyn was asked if she could move to Darwin. She decided to take it up after considering the heat and the rural nature of Darwin, saying: “Professionally, I’m really looking forward to being able to develop strong relationships with clients due to the rural nature of Darwin and really getting to understand how we can help them.” Though she does not have to deal with the Covid-19 pandemic outside her home country, she remains committed to helping stakeholders in her new locale.

Jocelyn said she relishes relocating for work as it opens her mind in many ways, “whether it’s meeting new people, exploring a new landscape, growing technically or opening up more opportunities in the future,” she said.

For any colleague thinking of working outside their home base, Jocelyn believes you should make it known to your line manager so that you can look out for opportunities together. “I would encourage anyone that gets presented with an opportunity to consider it with an open mind, even if it doesn’t sound like the perfect opportunity, if you embrace it positively the benefits will keep coming!” Read more about Jocelyn here and connect with her at [email protected] 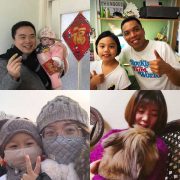 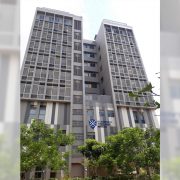 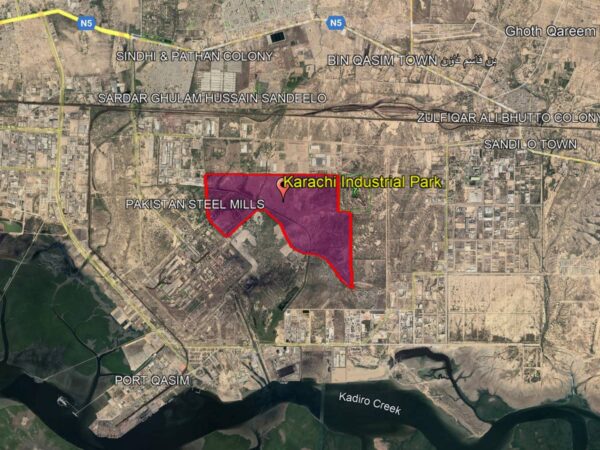 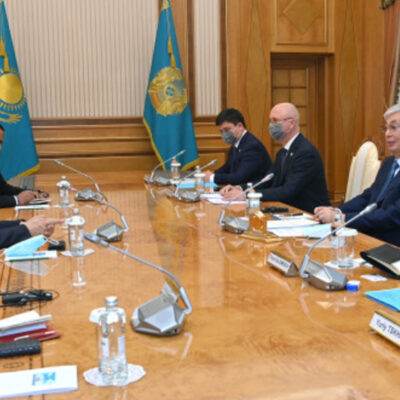 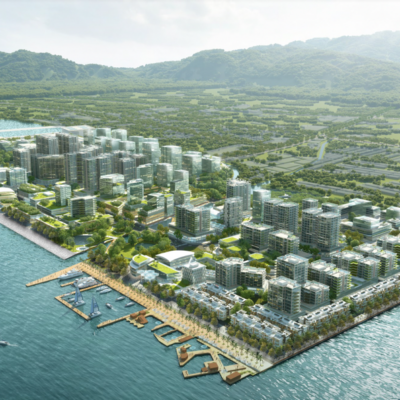 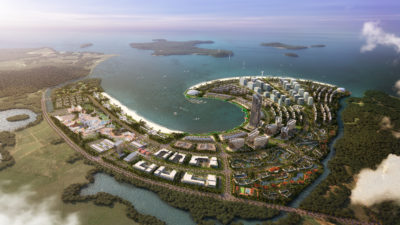 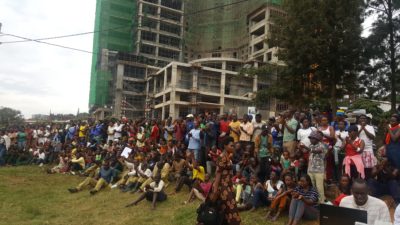 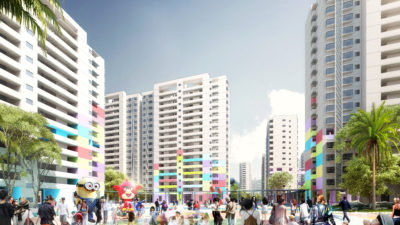