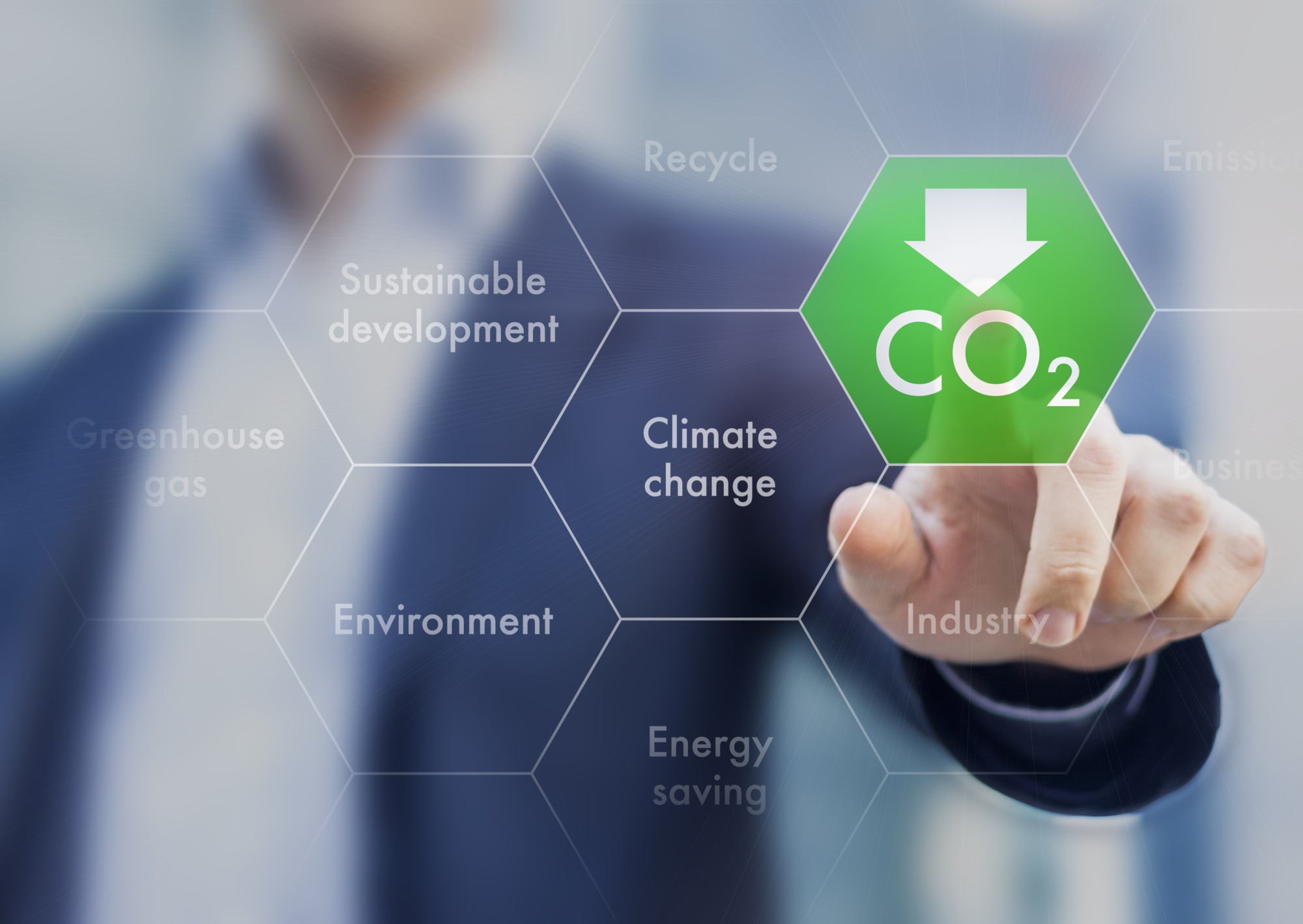 Chicken Little famously claimed that the “sky is falling”. When it comes to climate change, Chicken Little is right. The existential threats are real and irreversible, if it is without a global movement supporting progressive policy actions and legislations.

Carbon dioxide is the most anthropogenic of the greenhouse gases because it is largely human generated. Building and construction accounts for 39% of all carbon emission in the world. Operational emissions – energy consumption in the day-to-day running of a property- accounts for 28%, and the remaining 11% by embodied carbon (arising from producing, procuring and installing materials and components that make up a structure).

There are significant motives, incentives and rewards to design and develop highly sustainable buildings – specifically, super low energy (SLEB) or net-zero energy (NZEB) buildings. NZEBs produces carbon emission during their lifecycle which can be mitigated in equal measure. Whether super low or net zero, this would mean energy efficient buildings, spaces and connected environments.

Technology Playing a Role in the Carbon Chase

We know that high energy efficiency relies on creative passive, active designs and construction methods. Passive designs calibrate thermal characteristics and air flow by natural means. These can be the use of space orientation and opportunities such as natural ventilation, convections and shading. Nature based design of buildings have appeared in many cities, and some rise to become national icons.

In Singapore, there are many awe-inspiring “buildings in a garden”. Buildings in other parts of the world are designed based on vivid imaginations of architects, imitating the strategies of nature. Biophilia are designs integrating with nature, whilst Biomimicry are designs inspired by nature.

Returning to energy efficient designs, the carbon “conundrum” begins even before construction – in the form of embodied carbon. Think of these as “carbon-inside” or supply chain carbon in materials, manufacturing, components and transportation prior to working on a project site. Carbon mitigating technologies need to touch the way in which raw materials are extracted and created into forms, made into components and transported over the supply chain for eventual use. The difficulty is that this embodied carbon is not controlled by one or a few entities, but by numerous players in a complex web of a crowded ecosystem.

The only practical way in which “cradle-to-gate” embodied carbon can be calculated is using a database. Surbana Jurong (SJ) has developed gross floor area (GFA) carbon calculators and have used BREEAM UK databases. This is the current practice of industry when considering sustainability issues. The Embodied Carbon in Construction (EC3) is another example of a database. The data is acquired from “environmental product declarations (EPD)”, which provide supplier information about the embodied carbon performance of their materials at the trade level. Collated from declarations, the materials data can be used by architects and designers to choose the appropriate materials and components for carbon performance. With a sprinkle of machine learning and a dash of AI, practitioners only need to set embodied carbon thresholds and conceivably, in the future, an algorithm that recommends the best suite of suppliers.

Let us take this idea further; Imagine how carbon performance is integrated into a common BIM environment. Before cost has been incorporated in the structural 3D BIM elements, the embodied carbon performance of each element and sub-element can be computed and then mapped into the model. Therefore, in the final analysis, structural costs and the cost of embodied carbon can be calculated simultaneously. It is no great stride to imagine that this is how sustainability becomes intrinsically embedded in design and engineering processes in the future.

This is not as whimsical as it may appear to some. Not long ago, Bill Gates was convinced that incorporating embodied carbon in BIM development was a way to reach zero carbon emissions from the early stages of design. Working with Autodesk, Microsoft piloted the use of a carbon heat map from BIM to remodel their corporate headquarters in Redmond, Washington. While a few, and all organisations in North Amercia are doing the same, there is no such Asian supplier database as yet. This may very well present an opportunity for consultants and engineers in our region.

Operational carbon emissions are in many ways much simpler to manage. Typical infrastructure consumes electricity and how efficiently it is used depends on active design. This is fertile terrain for innovations.  At the most upstream is the supply of electricity to buildings. Grids that generate and transmit electricity from renewable sources provide carbon-less power. The full decarbonisation of grids means that buildings in the future will achieve zero carbon because emissions are eliminated at the source. If the Internet of Things (IoT) refers to connecting devices to the internet, similarly there is growing popularity with the term; the Internet of Energy (IoE), which refers to a network system that links energy production, automation and delivery devices. Future grids will be emblematic of IoE.  In the meantime, buildings that can generate its own renewable energy will create value by being more than zero carbon, or NPV positive through selling surpluses back to the grid. There exists a system of market trading which have emerged for the transactions of carbon assets and credits. Even in this area, technology has a signature.

Another class of energy efficiency action is to govern in-use energy consumption. Here is where well-known industry 4.0 technologies thrive. High performance, precise control and regulation of an environment requires smartness. Smartness implies an ability to sense and intelligently respond. Sensors in buildings collect data and the most sophisticated ones even compute on the data and sends its analysis to master algorithms. These algorithms make decisions on how resources are optimised and respond to set performance levels in real time every time. Naturally, the average price of sensors has dropped precipitously from 80 cents to 40 cents in the past 6 years because of the quest for higher degrees of “smartness”.

The SJ group has many examples of SLEBs and NZEBs. In Singapore, the award-winning School of Design and Environment 4 at the National University of Singapore is an NZEB and much has been written about it. The, soon to be completed, SJ Innovation Campus, is an SLEB with bold and clever structural designs, and is integrated with nature within the space of 600 hectares. Already, the project has achieved 40% energy savings compared to typical class-A office buildings in Singapore with a savings of over 3400 metric ton of CO2e per year or the equivalent of charging 433 million smartphones.

Other examples include Atelier Ten’s impressive design feats for NZEBs with the Frick and Kohler Environmental Centres, located in Pittsburgh and Connecticut, USA, respectively. All major building developments today, and in the future, demand minimally SLEB status. There will be a high dependence on technologies, and specialists will need to go beyond delivering compliance-type operational carbon emission estimates at the design stage, to dynamic benchmarking of actual building performance over the course of its life.

In-use carbon emissions must also include the contributions from lightings and HVACs. SJ’s mechanical & electrical (M&E) engineering solutions ensure buildings are energy efficient and environmentally friendly in our projects. In the realm of lighting, LEDs are the most sensible solutions and we know that, for the most part, HVAC innovations have been incremental and led by manufacturers. Although much of the innovations are derived from engineering design, some use of leading-edge technologies do exist and have been deployed. Examples include AI for tighter HVAC control, IoT for environmental sensing, and software based automation of processes to reduce waste.

The touch of technology does not end at the operational lifespan of a built environment. Carbon credits are traded by companies which emit lower amounts of carbon vs companies that emit higher ones. Authentic credits can only be issued when companies have an accurate, systematic, reliable and transparent means of accounting for carbon from suppliers, manufacturers, and all involved in the supply and operations chains.

This is ideal for blockchain technologies because blockchain platforms are immutable in its authenticity, longevity of records, standards of privacy and use of smart contracts. Each entity contributing to a project can account for their carbon contributions and interact with other contributors and ultimately, the developers or managers of the project leading to the sum of carbon assets and therefore, amount of credits.

Technology is at the rubric of any strategy to lower carbon emissions and its accounting in buildings. They touch the carbon chase in all aspects of design to trading. And as new technological advancements occur, they will replace current solutions and improve sustainability standards even further. After all, that is the essence of progress and how we can act as responsible global citizens to resist, and hopefully reverse, the ravages of climate change.

All said, it bears remembering as is sometimes the case, the simplest solutions are not even technological. Since, the Middle Devonian age (350 million years ago), it has been widely known that trees are the best at sequestering carbon. Today, there are strong lobbies and governments committed to plant more trees which motivate the nature-based design movement.

What has also been known for a long time, is that energy efficiencies benefit from simply opening windows. Allowing buildings to anneal and the night to flush.