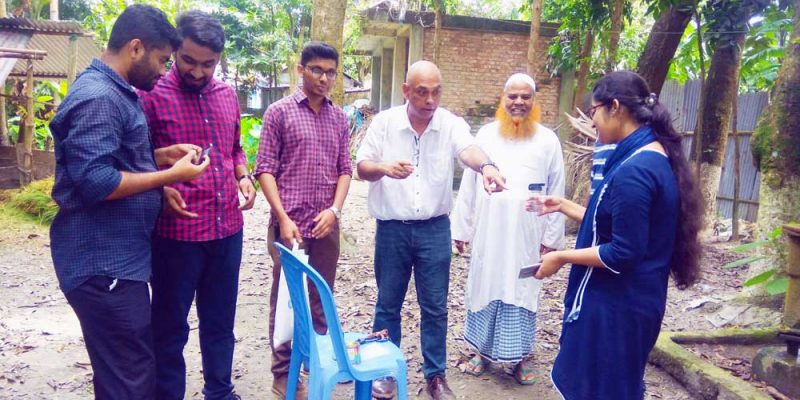 SMEC Engineer Masbubul Ahmed (in red checked shirt) and villagers paint a hand pump green to indicate that the well water is arsenic safe. Dr Namdim Khandaker is pointing to a container of water.

Driven to help his fellow citizens in Bangladesh, Mr Masbubul Ahmed, a SMEC Engineer, and his colleague Mr Syed Hasan started a social project with some friends. Named Factum Illuminary, the group is a band of water pump screeners who work to help mitigate the effects of arsenic poisoning from the use of contaminated groundwater.

The group travelled to rural villages in arsenic-affected areas of Bangladesh, such as those in Sabdi Bondor, Narayanganj area which are near the capital city of Dhaka. The villagers are taught how to identify and mark safe sources of drinking water using arsenic testing kits.

Groundwater is the source of potable water for 95 per cent of the population of 164.5 million in Bangladesh. Arsenic is present in the water yielded by hand pumps installed over shallow tube wells in much of rural Bangladesh, according to this report .

It has been estimated that some 43,000 people die annually from arsenic-related illnesses in the country. Between the 1990s and early 2000s, there were concerted efforts made to screen water pumps to help the public identify which pumps were safe to drink from, but these have petered out. Between 2000 and 2003, a national well-screening programme identified wells of some 20 million people yielded water with arsenic above 50 microgrammes per litre (the national standard). This level of contamination has persisted to this day – resulting in a forgotten public health crisis that puts millions of lives at risk of arsenic poisoning.

Said Mr Ahmed: “This social project of Factum Illuminary is led by Dr. Nadim Khandaker in partnership with Hanum Health and Development Foundation. And we were almost 7 volunteers initially including me and one of my colleagues from SMEC.” Dr Khandaker is on the faculty of the Department of Civil and Environmental Engineering at North South University Bangladesh and a licensed professional engineer in Canada. 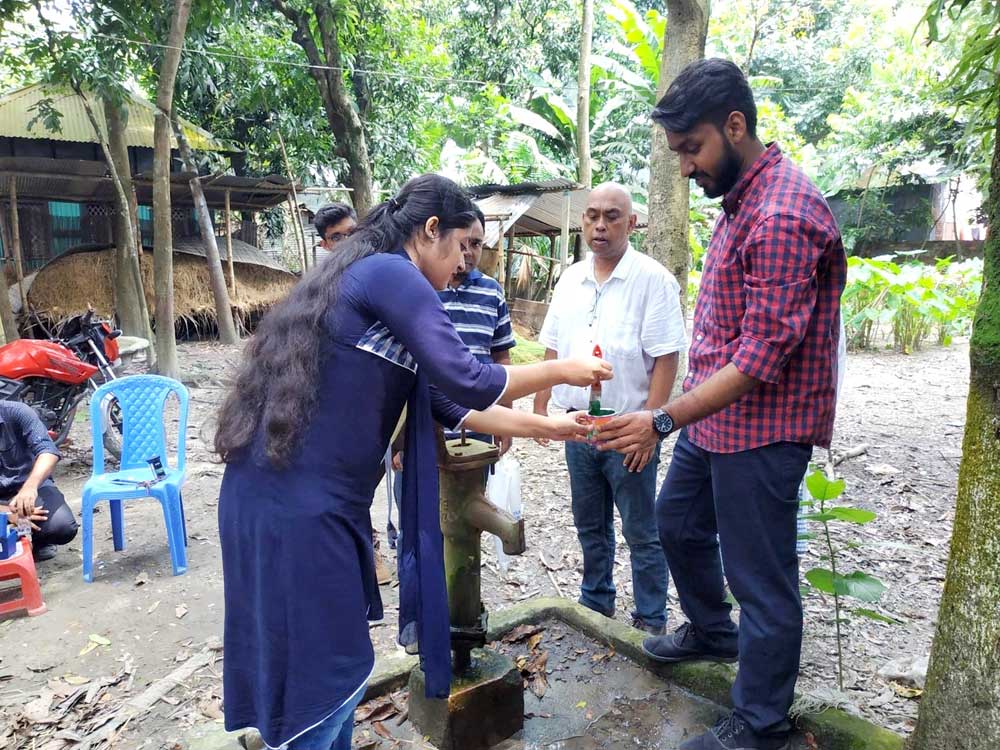 Mr Ahmed helping villagers to paint safe water pumps are green, if the arsenic contamination level is within safe levels. 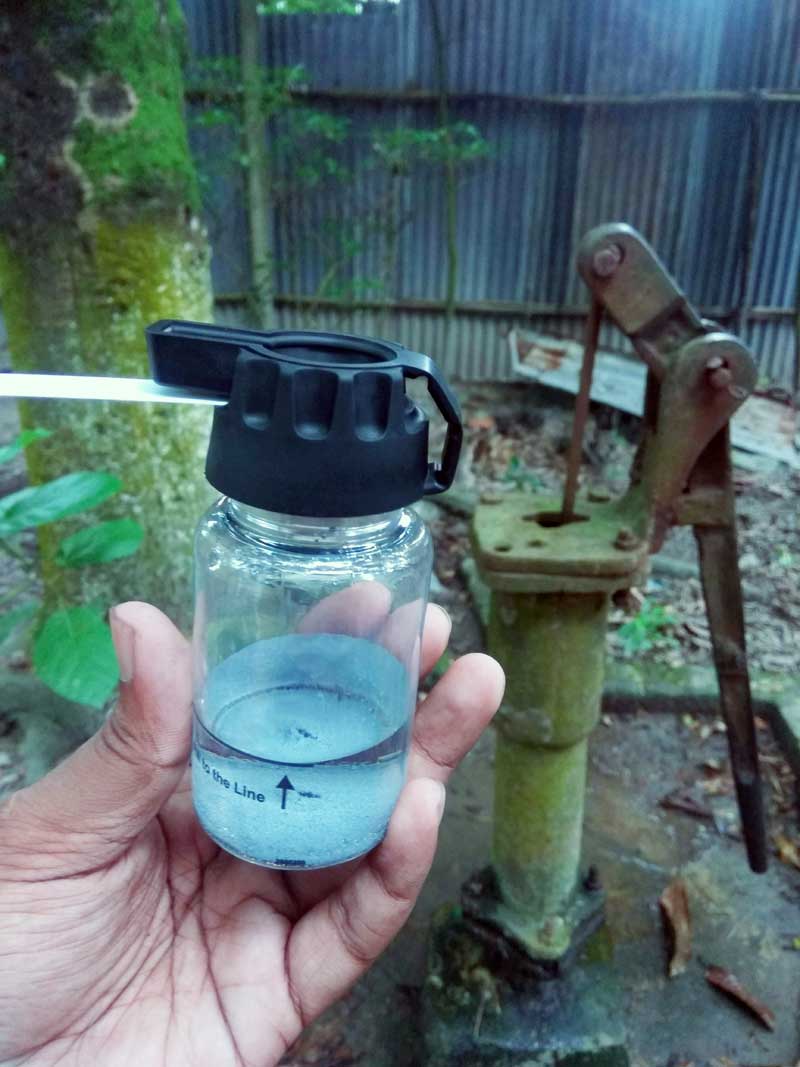 An arsenic kit to screen out safe pumps for villagers to use.

The impetus for the project is the need to ensure self-sustaining arsenic mitigation efforts – without relying on donor dollars or donor interest – which can fluctuate. Factum Illuminary, as a part of the Bangladeshi community, would raise funds to buy a field arsenic test kit, and working with local youths, they would test the wells that have never been tested. “If a well is tested as arsenic safe, the group painted the snout of the bore hole’s hand pump green,” said Dr Khandaker.

The young engineers also visited homes to engage the community and informed them as to the adverse health effects of chronic arsenic consumption through drinking and cooking with contaminated water. The group hopes to expand their arsenic mitigation efforts to more villages in contaminated areas.

Arsenic poisoning can occur through inhalation or consumption of arsenic. Long-term exposure can cause cancer, coma, various impairments to neurological functioning and death. So far, Mr Ahmed has come across people who experience tingling of fingers and toes, one of the common symptoms of arsenic poisoning. At present, he said, the contamination has affected 59 of the 64 districts in Bangladesh.

Mr Ahmed said, “Everyone has the right to safe drinking water. It will be helpful if we can spread this type of social projects all over our country. As engineers, we all have some responsibilities to our society and all should do it voluntarily.”

Grandeur of a gilded life

Faster. Higher. Stronger – The quest for efficiency in the built environment sector