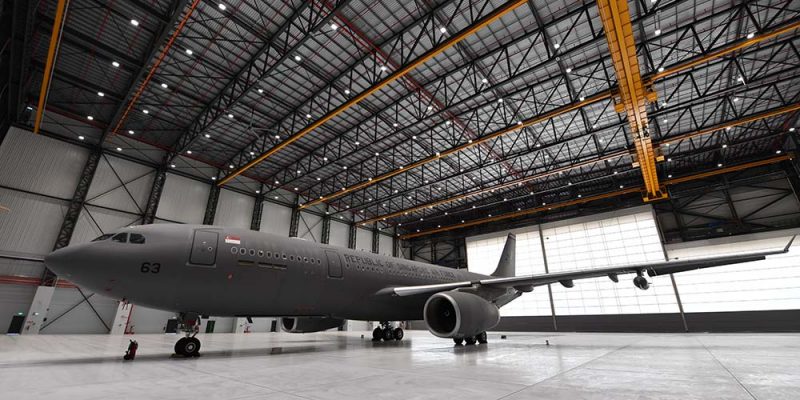 The Republic of Singapore Air Force (RSAF) has unveiled the A330 Multi-Role Tanker Transport (MRTT) hangar which took two years to build and was completed in March 2020. This A330 MRTT Hangar is the RSAF’s first net positive energy building and can generate 30 percent more electricity than consumed. Watch this video to view the building’s sustainable features.

As the Civil & Structural (C&S) Engineer, KTP Consultants, a member of Surbana Jurong Group, employed a sophisticated and robust structural system for the project. Kevin Nair, KTP’s Senior Executive Engineer (C&S), who worked on the project from conceptualisation to completion, shares some insights:

Solar panels installed on its roof will generate 1,225,000 kilowatt-hours of electricity a year – enough to power 273 four-room HDB flats. The additional energy will be directed to other facilities within Changi Air Base (East) where the hangar is located.

The building is positioned in a north-south orientation to optimise airflow for natural ventilation. The building was also designed to maximise natural ventilation to create a cool working environment for the maintenance crew. This was achieved by the large front door opening with panelled vertical lift fabric door, and large-span louvres at the rear of the hangar. This means the hangar does not need to have as many fans, reducing the energy it consumes. 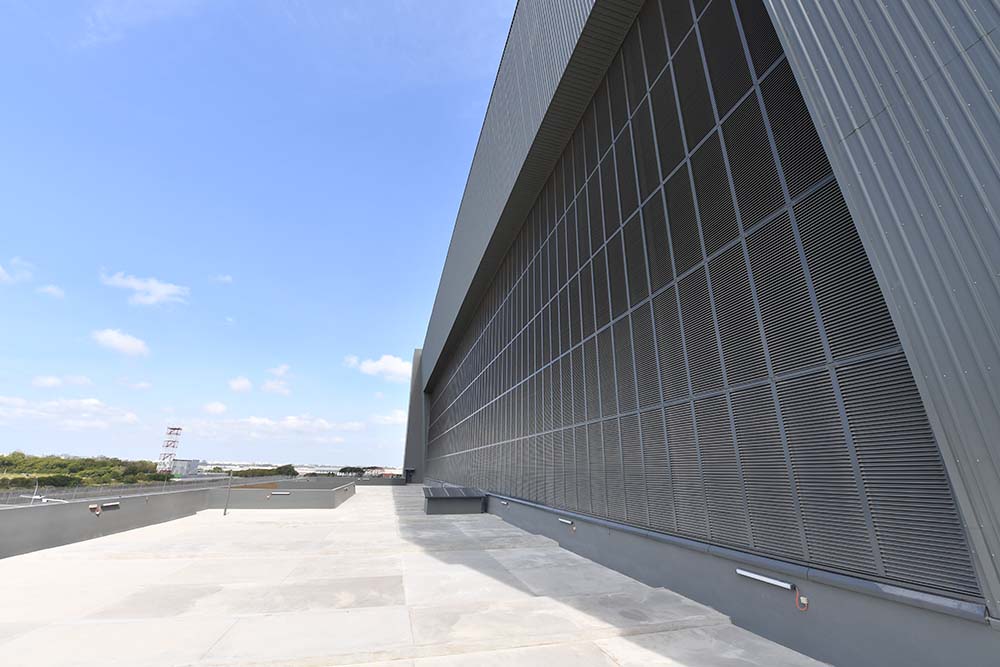 The office annex attached to the hangar also has a green roof with carpet grass that insulates the building against heat. The moist soil under the grass acts as an insulation layer against the heat, reducing the need for excessive air-conditioning in the rooms. The LED lighting and air- conditioning used are also energy-efficient. 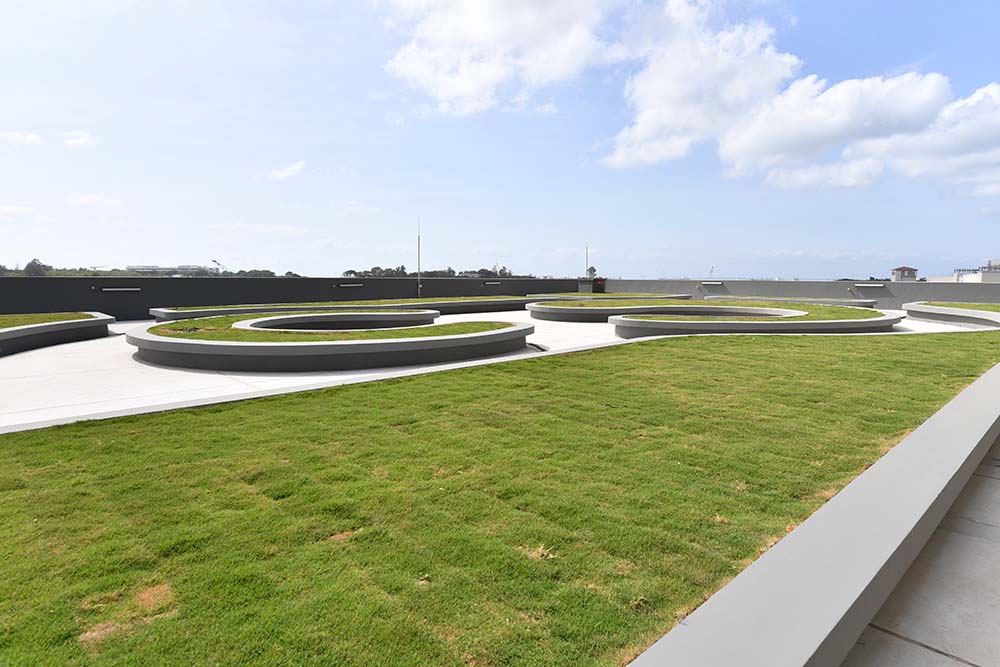 The MRTT hangar features a green roof which acts as an insulation layer to keep the hangar cool. (Source: MINDEF)

Rainwater is harvested and recycled for general washing, flushing of toilets and auto-irrigation of the hangar’s green roof. MINDEF estimates that, together with water-efficient fittings, the building will save an amount of water equivalent to the consumption of 28 four-room HDB households each year. 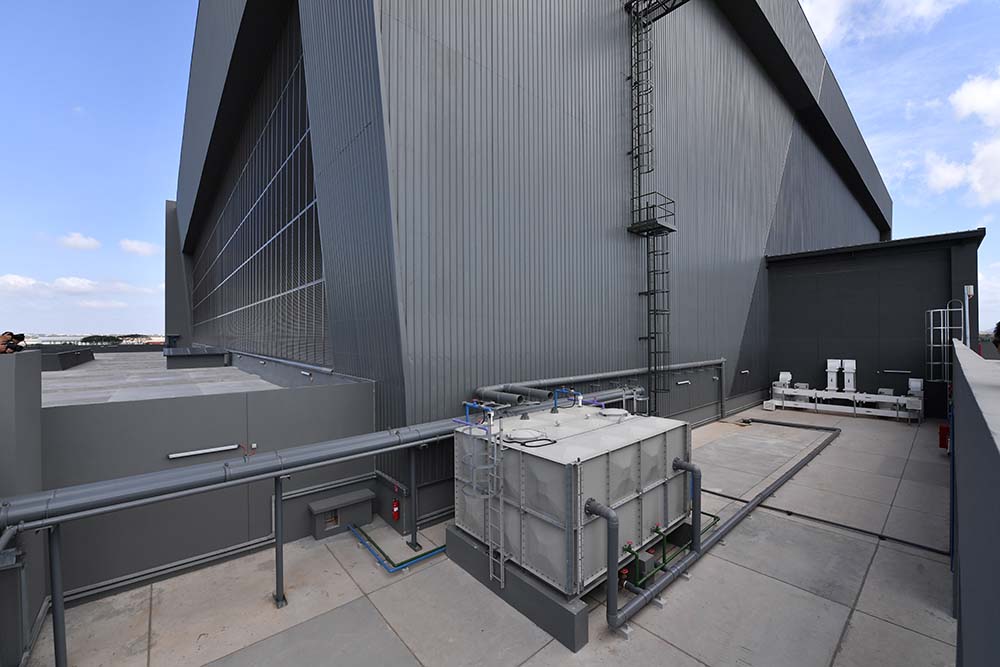 The A330 MRTT hangar, located in Changi Air Base, is equipped with rainwater harvesting features (water tank in foreground). (Source: PIONEER)

Watch this video to view the building’s sustainable features.

Stepping up on fire safety for projects globally

Wrap and roll: New ways to protect buildings from explosions

To cut its carbon footprint, AETOS has partnered with a startup to co-create ...

Check in to a new normal

Connecting with new aviation markets in Europe and Asia