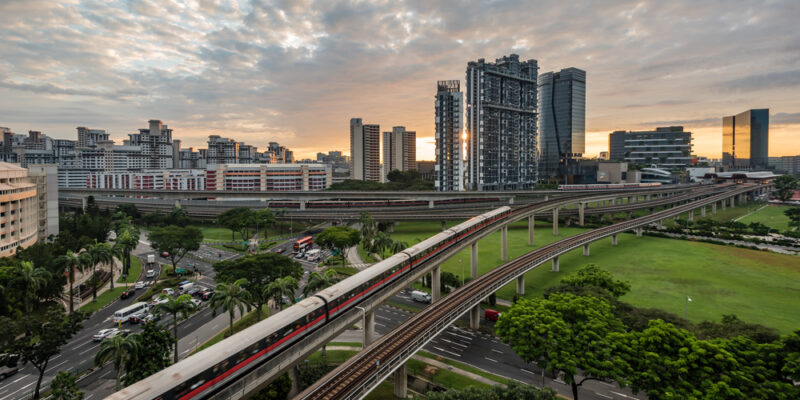 For close to six decades, the Surbana Jurong Group played an integral role in building homes and creating jobs for Singaporeans. Singapore marks its 57th birthday next Tuesday. We shine the spotlight on how SJ is building on that solid foundation with a strong pivot to a more sustainable future.

Reclaiming land for a new skyline

(Left) Ho Wah Hin, a veteran coastal engineer, describes how earth from Tampines was used to reclaim land from the sea for the Marina Bay project (right)

The prime Marina Bay area as Singaporeans know it is the result of an ambitious land reclamation program that started in 1971. By the late 1990s, some 360 hectares were reclaimed as a “stage” for a new skyline. This would comprise Marina Centre – including the Suntec City area – the refreshed Fullerton Building, the Singapore Flyer, the Esplanade, the [email protected] Bay, Gardens by the Bay Marina Bay, the Marina Bay Financial Centre, and Asia Square, and the high-end Marina One mixed-use development.

The earth was conveyed from Tampines in the east to Marina South, located in the south of Singapore, using a massive conveyor belt “like in a sushi restaurant”. The conveyor belt was 1,400mm wide and 26,000m long. He said: “The work is very fulfilling because I got to see the landform in front of me, and I used to tell my children I had a hand in building the land.” Watch this video.

(Above) The interior of the Geylang Serai Market was designed with timber and “woven basketry” elements of the traditional Malay house and won an HDB Design Excellence Award in 2005. (Below clockwise from left) Zaman at Redhill Market, a favorite local dish called “Nasi Lemak” features ricked cooked in coconut milk and served with eggs, anchovies, and sambal chili, and a view of the typical hawker centre with tables and seats fixed to the floor.

Singapore’s hawking history can be traced back to the mid-1800s when migrants entering Singapore took up hawking as it required little capital and minimal skill. Up to the 1970s, a quick meal at a street hawker stall was a way of life for Singaporeans. As the government built affordable housing, it also sought to resettle the hawkers under one roof, to ensure a clean and hygienic environment both for the hawkers and their customers.

Mr. Azaduz Zaman, a Senior Principal Architect, who had emigrated from Bangladesh to Singapore, was involved in the design of many of Singapore’s hawker centers, namely Chinatown Complex and Geylang Serai.

Zaman is an award-winning veteran architect who used to apprentice with Louis I. Kahn before he started work in Singapore over four decades ago. Since then, he has designed affordable housing (namely award-winning projects which include Skyline I and Skyline II, Kallang City View, Punggol Sun Beam, City [email protected]), mosques, sports complexes, hawker centres, and neighbourhood centres. He appeared in Channel News Asia’s documentary series, Hawker in Our Centre at the 38-minute mark.

Zaman believes our hawker centres are a reflection of Singapore’s cosmopolitan culture. “This is where you can find people of different religions, cultures, and languages around one table, exchanging ideas,” he said. Read more.

Mr. Zhang Hua Bing (left), a house painter from Anhui, and Mr. Chen Jin Long (right) from a village of stone sculptors in Fujian province were disciples of the last artisan Teo Veoh Seng, the last serving artisan who had worked at the villa since it started operations in 1937 before he retired in 2017. (Below) For generations, Singapore families have visited the famed Haw Par Villa to enjoy the lovingly preserved diorama of Chinese myths and folktales.

Haw Par Villa (HPV) is an unusual heritage property in Singapore known for its lively statues depicting characters from Chinese folktales and legends. It was built in 1937 by the prominent Chinese family that made the highly successful Tiger Balm topical ointment. It is a delicate task to keep the statues and figurines looking fresh-faced and lively over the years.

“Maintaining the paintwork and colors of the statues is a very artistic and delicate process,” said Mr. Chen in Mandarin. He said that the painting he and Mr. Zhang do is more complex, artistic, and meticulous compared to what they would do in China. “We must have several layers,” he said. “Just bringing out flesh tone itself, we need to apply four layers for the right blend. The process can take a whole day.” Read more.

(Above) NEWater will meet more than half of Singapore’s water supply from 2060. The Straits Times has a video of how the DTSS project makes this possible. For a view of the Phase 2 project please click here to view.

The sources of Singapore’s water supply are water imports from Malaysia, reservoir water, desalination, and re-using water from its people, according to the PUB, Singapore’s national water agency. Key to the latter is the Deep Tunnel Sewerage System (DTSS), essentially a superhighway for Singapore’s used water management, which allows for efficient, large-scale water recycling.

Spanning 200km, DTSS uses deep tunnels to convey used water by gravity to three centralised treatment plants located in coastal areas. The treated used water is then reclaimed and further purified into NEWater, the pillar of Singapore’s water sustainability. NEWater will meet more than half of the city’s water needs by 2060. DTSS Phase 1 was completed in 2008 while DTSS Phase 2 will be completed in 2026.

Surbana Jurong is involved in Phase 2 of the DTSS Phase 2 project, working with Shanghai Tunnel Engineering Co (Singapore) to design, engineer, and supervise the construction of the Hydraulic, Geotechnical, and Structure of the tunnel.

Said Er. Thomas Tang, SJ’s MD Underground Development, “The DTSS is a highly complex project that has challenged our team, but it is certainly a fulfilling project as it helps to safeguard Singapore’s water resiliency. We are proud to contribute to this very interesting and significant nation-building project.”

Building the MRT system in Singapore

For Singaporeans, the MRT system is an emblem of national pride, like Changi Airport and the public housing estates. Over the last three decades, SAA Architects have designed and delivered over a third of the stations within Singapore’s islandwide rail transit network, comprising both the Mass Rapid Transit (MRT) and Light Rail Transit (LRT) systems.

On the engineering front, KTP Consultants and SJ are involved in the design and delivery of the latest Jurong Region Line and Cross Island Line, Singapore’s seventh and eighth Mass Rapid Transit lines. KTP and SJ are also the design delivery partners for contractors in Singapore’s North-South Corridor. It will be Singapore’s longest Transit Priority Corridor between the northern and central parts of Singapore when completed in 2027. Prostruct Consulting is also involved in blast consultancy in many MRT projects.

Mr. Beni Jr Ngotiaco, a Principal of SAA Architects, has worked on the Downtown Line, the Thomson East Coast Line, and the upcoming Jurong Regional Line. He is proud of having contributed to Singapore’s connectivity and also of “the team’s effort to come up with attractive and efficient designs for each of the stations we worked on.”

Ms. Kong Jing Yan, a Senior Executive Engineer with Prostruct, is proud to be involved in skills in security and blast engineering to protect Singapore’s key critical infrastructure and hopes more engineers will take up the challenge.

A pillar for healthcare projects in Singapore

B+H Architects has been involved in the design of notable Singapore hospitals. (Top from left) A view of the facility helping to “train” patients to regain their independence at the Outram Community Hospital, the site of the Changi General Hospital Medical Centre.  (Below from left) A render of green spaces for healing in SAA Architects’ Woodlands Health Campus and the site of St Andrew’s Adult Home designed by SJ architecture.

The SJ Group has been at the forefront of the development of healthcare facilities in Singapore in recent years. Notable projects in Singapore by Surbana Jurong include St Andrew’s Adult Home for people with autism (SJ architecture) and the National Centre for Infectious Diseases which has been instrumental in the fight against the pandemic (SJ M&E). It was previously known as the Communicable Disease Centre.

B+H Architects was also involved in the architecture of two buildings on the Changi General Hospital (CGH) campus, namely the Medical Centre and the Integrated Building. Both are key to positioning the CGH campus as a community hub for wellness and healing in the eastern part of Singapore. Its most recent project is the new SingHealth Tower and Outram Community Hospital (OCH), designed to help patients get back on their feet in a shorter time. With an apartment mock-up, patients can also practice independent living skills upon their recovery.

SAA Architects redesigned the award-winning St Joseph’s Home with a “home-in-a-garden” environment that is conducive to rest and healing while allowing staff to immerse in nature to recharge. It is also working on the upcoming Woodlands Health Campus, which the architects envision as a person-centric and quality healthcare facility by integrating a strong ecosystem for community care and smart technology with green spaces for healing. This project is also the first multi-building general hospital undertaken by Surbana Jurong for M&E and Environment Sustainable Design (ESD) services.

Securing the National Day Parade as it happens

(Left) Singaporeans celebrating at the annual National Day Parade and (right) Suriani Kannan, Commanding Officer of Delta Division, AETOS Security Management who is on the ground to provide security at the event with the AETOS team.

AETOS has been engaged to secure the National Day Parade (NDP) from 2022 to 2027. The scope includes providing security, crowd control, and traffic control for NDP and NDP-related events, such as National Education Shows, NDP celebrations in the housing estates, NDP Rehearsals, and the NDP Preview.

Looking forward to security to the NDP is Ms. Suriani Kannan, Commanding Officer of Delta Division, AETOS Security Management.  “Since 2018, I have been the event commander for the National Day Parade deployment,” she said. “It feels great to be back in action!”

“I’m certainly excited to see things going back to normal and we are expecting pre-Covid crowd sizes this year. I strongly believe in conducting advance planning and having contingency plans – so that we are well-prepared to take on any situation. Every officer must also be familiar with their roles so that we can collectively handle the large crowd while ensuring that the event remains safe and secure for all.” 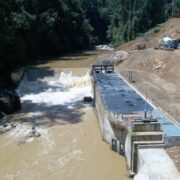 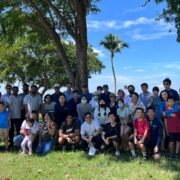 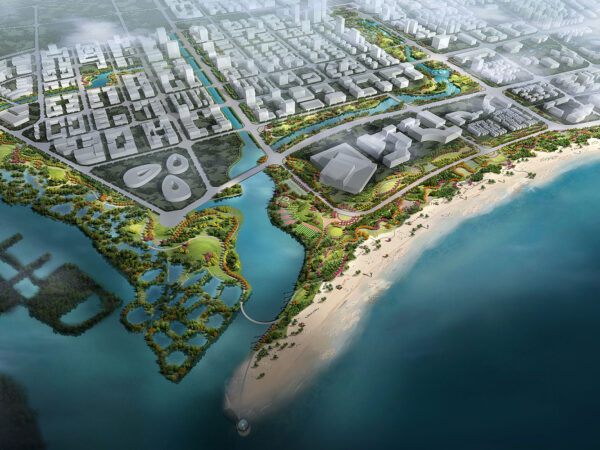 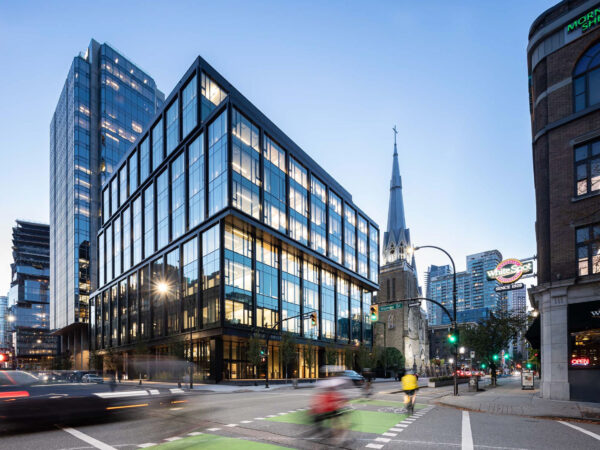 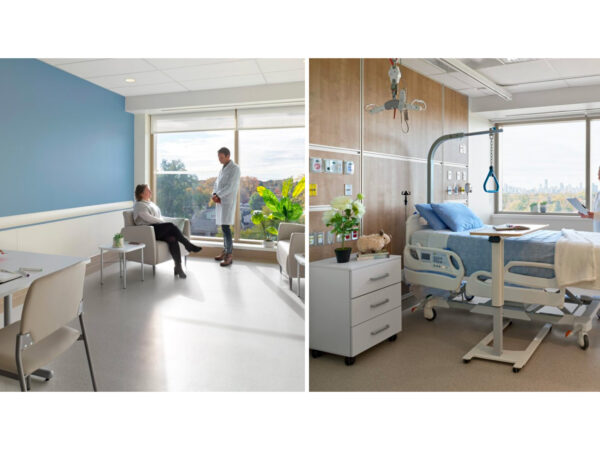 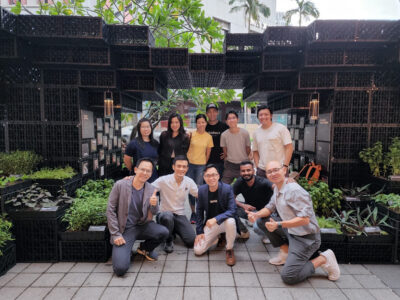 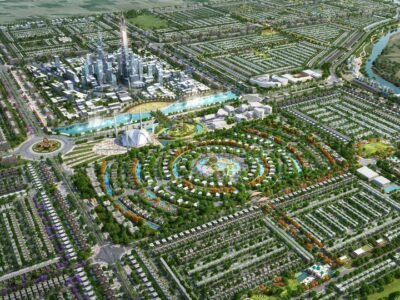 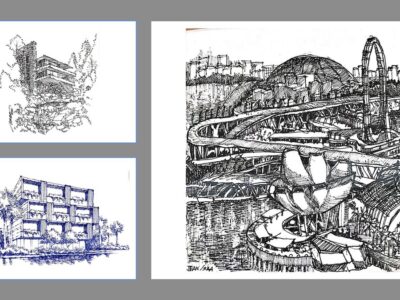 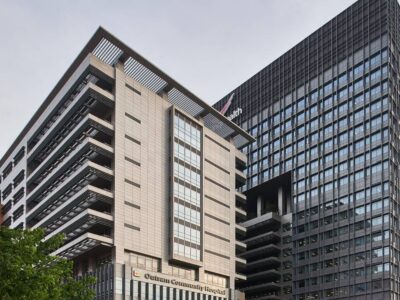